It’s been a long while since I wrote anything personal here. Tonight I feel…sad. Defeated. Hopeless. Questioning my goals, my silly dreams, wondering why do I even bother with this road to nowhere.

Perhaps it will help. Perhaps not. 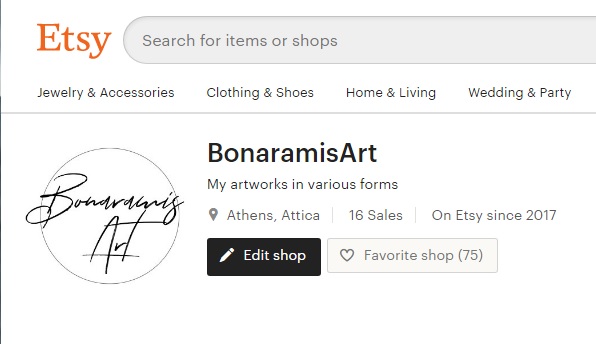 UPDATE. Actually I have decided to phase out the digital clipart and focus on paper products, which I feel are more ‘me’. So, right now there are already three sticker sets and the two Scarecrow President zines available and next week I will add some posters. It will be a part of my New Year’s resolution this year to get this little store going.

Somehow I’ve never mentioned here that I also have an Etsy shop where I sell zines and digital clipart! Well, this mistake is about to get fixed right now.

I’m in the process of re-working the clipart sets, so there are bigger and better sets on the way soon.

Link to the shop here: BonaramisArt

So, let’s dive right in and list the remaining 10 in no particular order of preference. 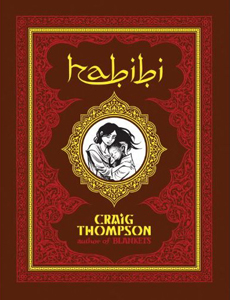 A most unusual and captivating love story – and it’s that extraordinary that I won’t even give out any details in order not to spoil the reading pleasure. 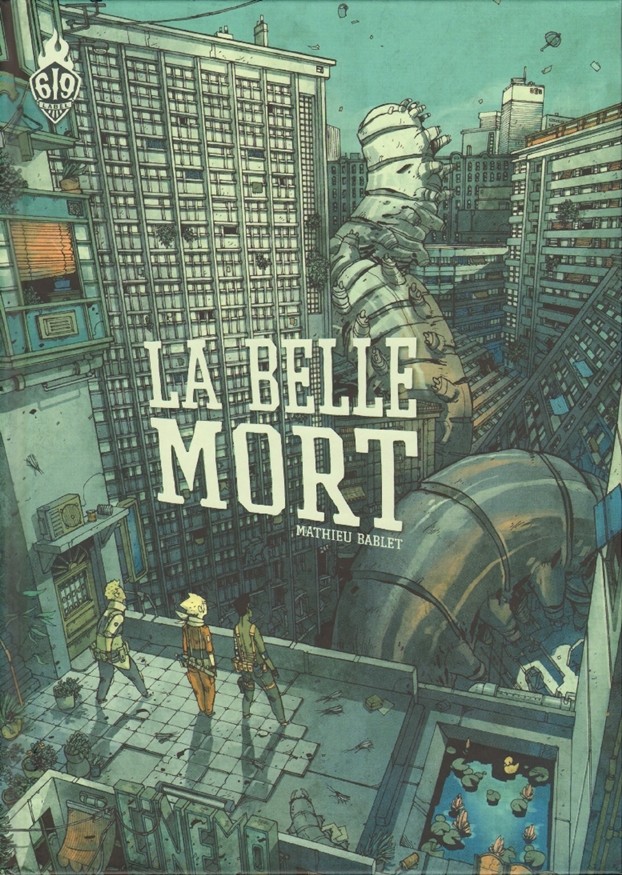 A post-apocalyptic survival story that I’m not able to read, but that is exquisitely drawn, from the first page till the last. 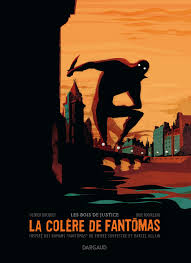 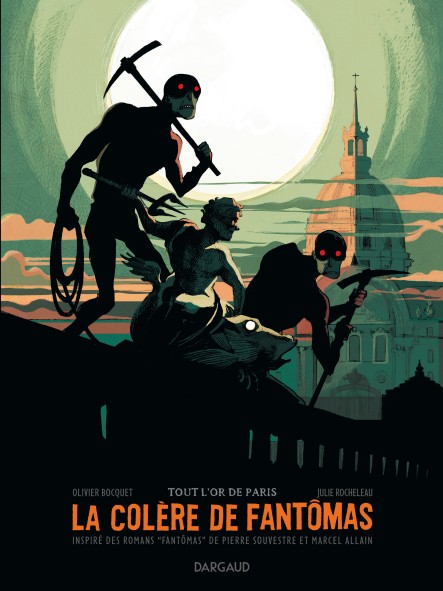 More French comics that I cannot read, but that simply look gorgeous. This one is an adaptation of the series of “Fantomas” by Souvestre and Allain. The style is very dynamic and an absolute pleasure to look at. 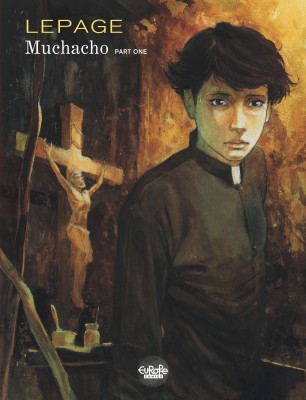 Not the only work of Emmanuel Lepage on this list. This story is about a young seminarian Gabriel, a boy from a good family, in Nicaragua in 1970’s, gradually getting to know the life and struggles of the common people. 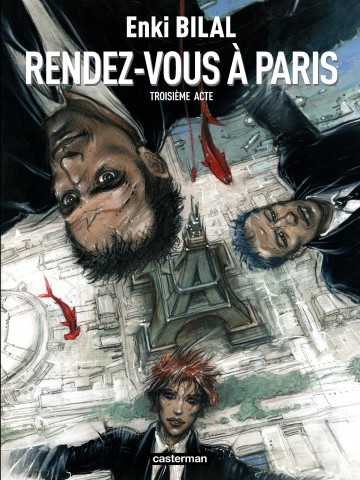 Part 3 from the series “Monstre” by Enki Bilal, who is one of my favourite comics artists of all time. I have this one in Greek, but bought at the time I still couldn’t read it on the necessary level. 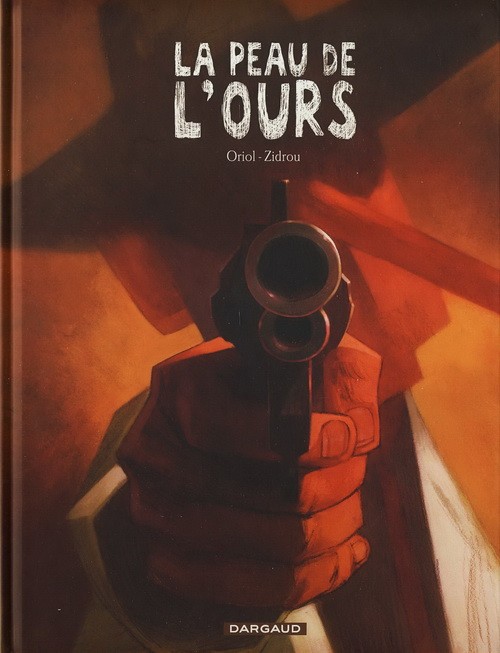 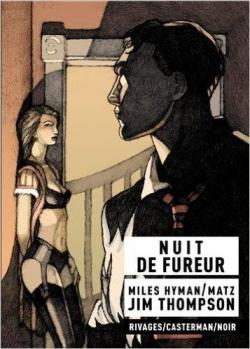 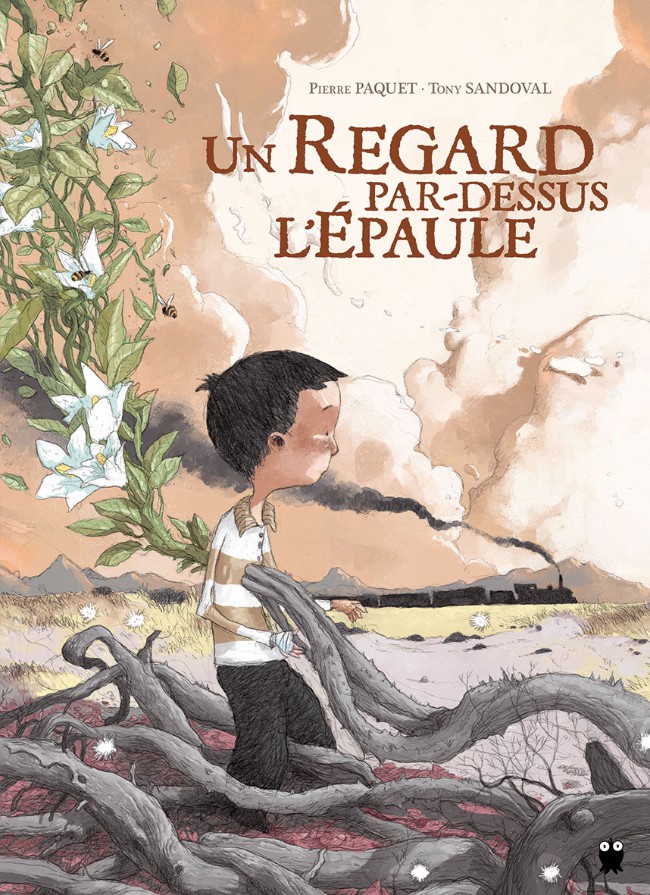 A story of a little boy who gets imprisoned into the wall of the living room and has to find the exit to get back home. 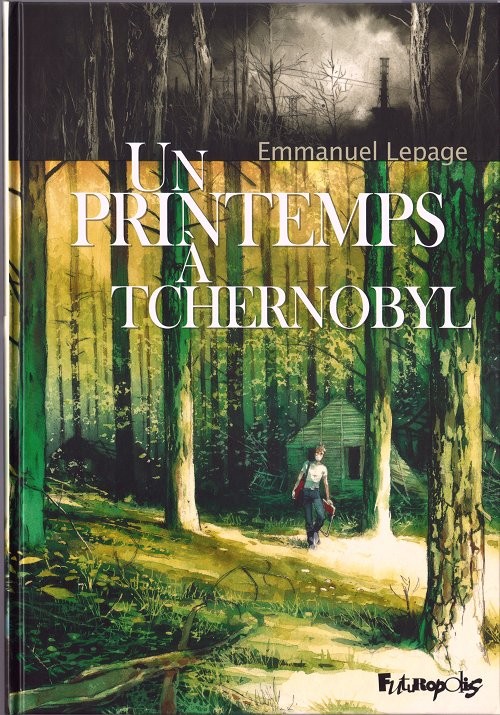 22 years after the catastrophe in Chernobyl, Emmanuel Lepage takes a journey through Ukraine to report about the current state of the place… 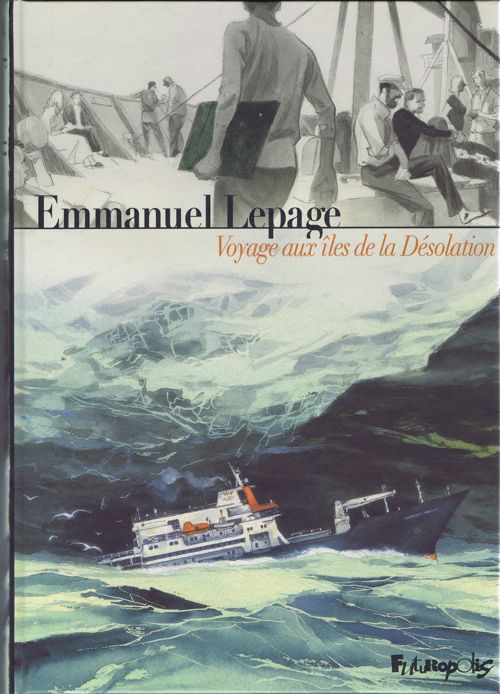 One more stunning travelogue by Emmanuel Lepage about his journey to the Reunion island.

And the last one for bonus is the comic book I grew up with and was allowed to read as a treat on Sundays and holidays as a small kid! As you can see, the book on the picture is just as frayed as mine is. 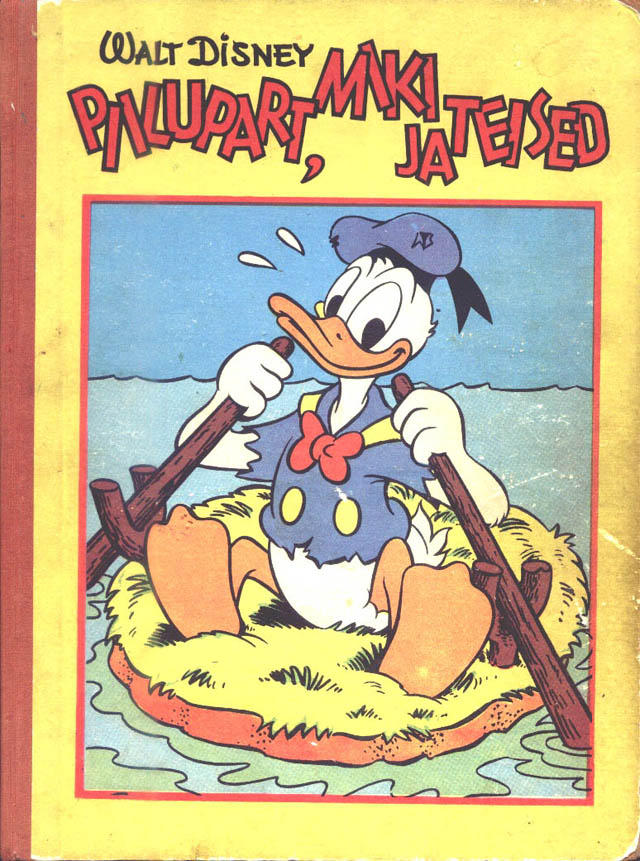 Soooo… this one started with the post of Katerina Stamati, who aired her favourite comics and graphic novels and challenged a bunch of others (including myself) to do the same. And I figured… nice idea, why not – after all new book recommendations are worth the weight of the particular book in gold.

Two things before I get started. Firstly, the order of the books is random and secondly, as I’m the kind who buys graphic novels for the artwork, more than half of the ones I’m recommending I haven’t technically read, because they are in French (of which my understanding is very rudimentary). 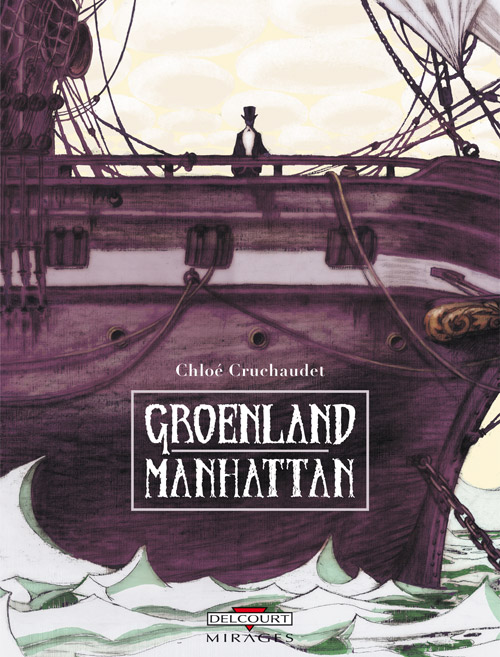 In 1897, explorer Robert Peary returns to New York after his voyage to Greenland and brings along 5 Inuits, who are housed at the basement of the Natural History Museum…

It is based on a true story (one can look up Minik Wallace, to learn more details), but the story is not mentioned in any encyclopaedia articles about Robert Peary. 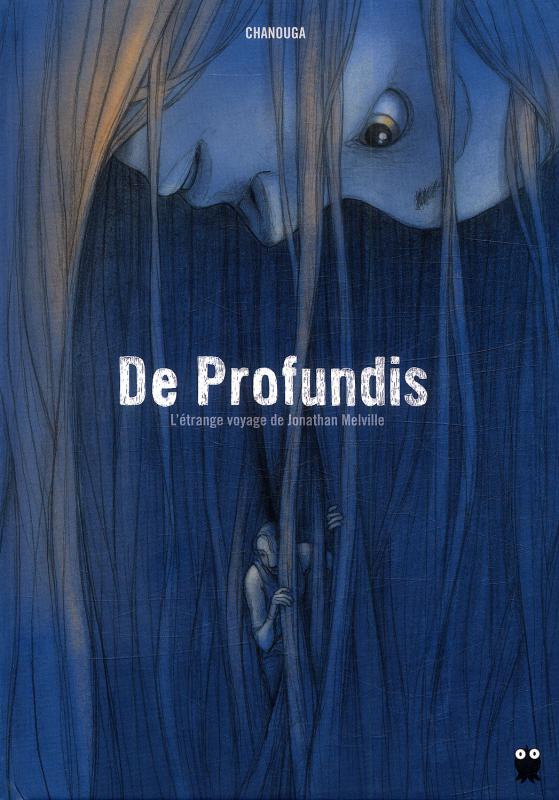 To be honest, I never really understood what this story is about. But the artwork is so poetic and absolutely gorgeous that I never really cared. Let’s just say that there is a lonely sailor and many mermaids… 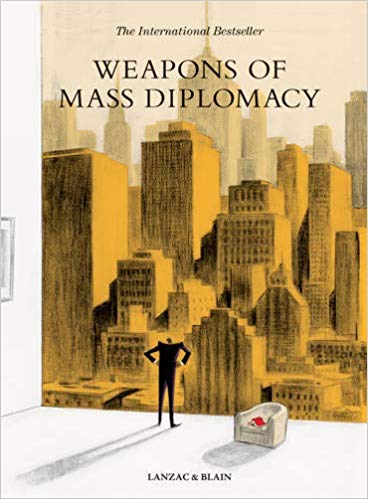 The insanity of international politics and diplomacy in graphic novel form, narrated by Abel Lanzac, (real-life diplomat Antonin Baudry), who worked in French Ministry of Foreign Affairs in 2002-2004. Deeply satirical, so anyone who’s sniggered at ‘Yes, Minister’ or ‘The Thick of it’, will most probably enjoy it. 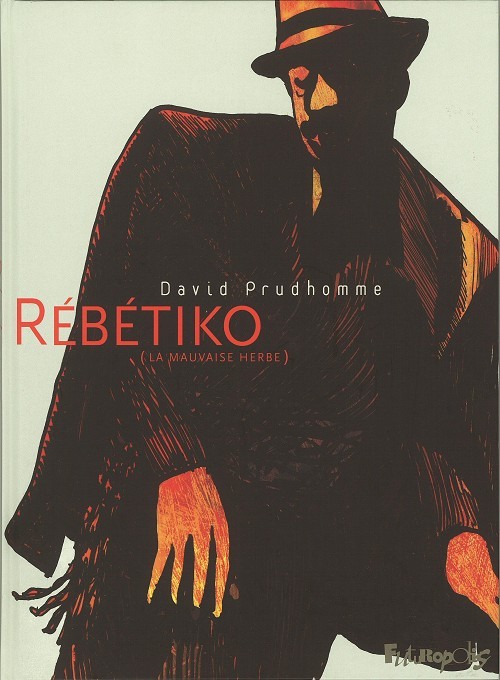 Story of rebetiko musicians in Athens in 1936 and stunning artwork to go with it. 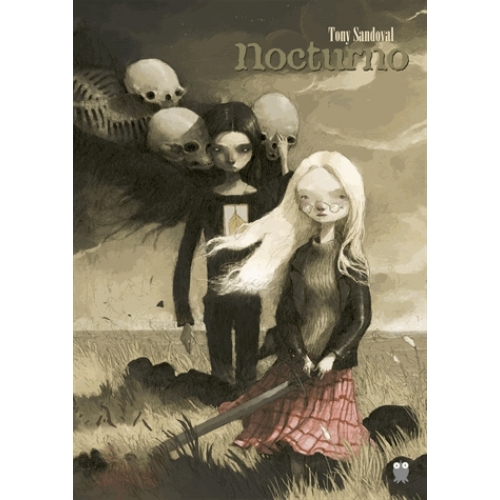 I’m normally not a huge fan of ‘dark’ comics, but “Nocturno” is an exception. Partly, because my understanding of French is poor and partly because the artwork is just so damn great. Whoever said that one has to keep the same style throughout the book? 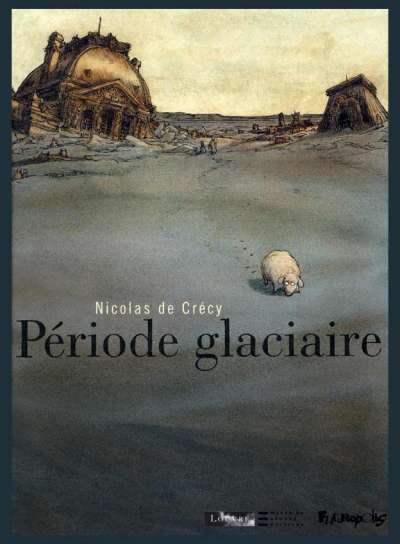 Looking back to our days from a far and frozen future. De Crecy is a superb watercolorist and freehand architecture renderer, who needs no more than 2-3 colours to bring any story alive. 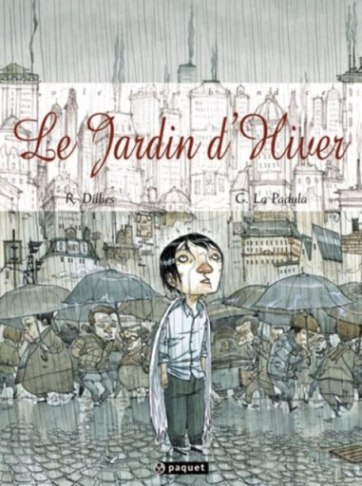 A beautiful and poetic story about love and loneliness in a city. 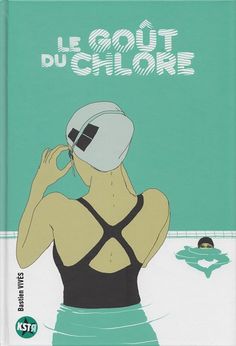 Boy meets girl in a swimming pool. And again and again, and then… Bastien Vives is one of the most talented young French graphic novelists and definitely the most productive one. 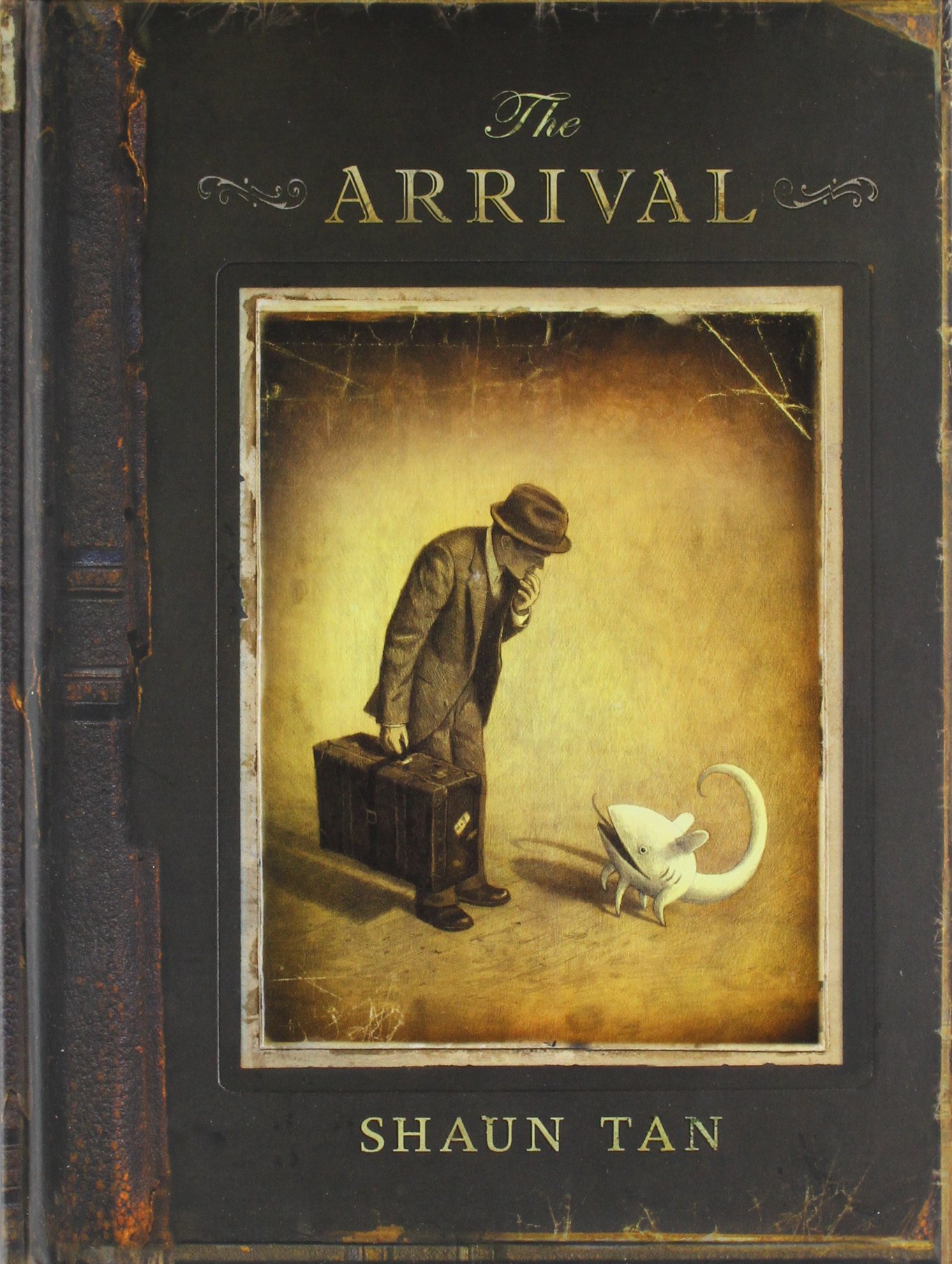 “The Arrival” is a silent book, meaning that you won’t encounter a single word on its 128 pages. However, it shows how it feels to emigrate to another country out of need. 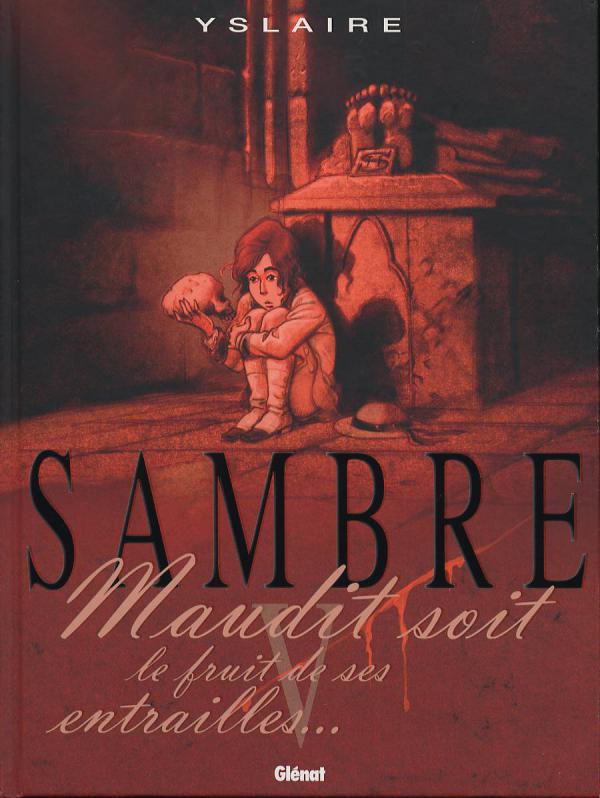 For the second time in this post I’ll be making an exception to a ‘dark’ comic. The truth is that I wouldn’t have bought ‘Sambre’ for the story alone (as I got mine from Danish book sales, I’m actually able to read it), but I do like the red-sepia-black artwork. I also didn’t get the other volumes for the very reason that I didn’t like their artwork which was slightly different.

Aaaand the first 10 are done.

Christmas is almost here, another year is about to come to a close and I think it’s a good time to take a moment and look back – both to this summer and to the last 5 years of my life. Keep reading here…

So, here I am – in my old rented apartment in the middle of Athens, hiding from the midday heat as the heat wave has arrived with a vengeance. Someone is having their apartment renovated and the whiny sound of the drill brings forth some less-than-pleasant memories of a dentist’s office. There’s no air conditioning here, but the high ceilings and thick walls keep the temperature down – my building was built three years before the Second World War, way before air conditioning found its way here.

Even the nightly blasts of Molotow-cocktails have calmed down. It’s almost strange how easily one gets used to them.

Exarchia is quiet now – most of the students have already left for summer holidays, the ones still here will leave after their exams are done. Even the nightly blasts of Molotow-cocktails have calmed down. It’s almost strange how easily one gets… 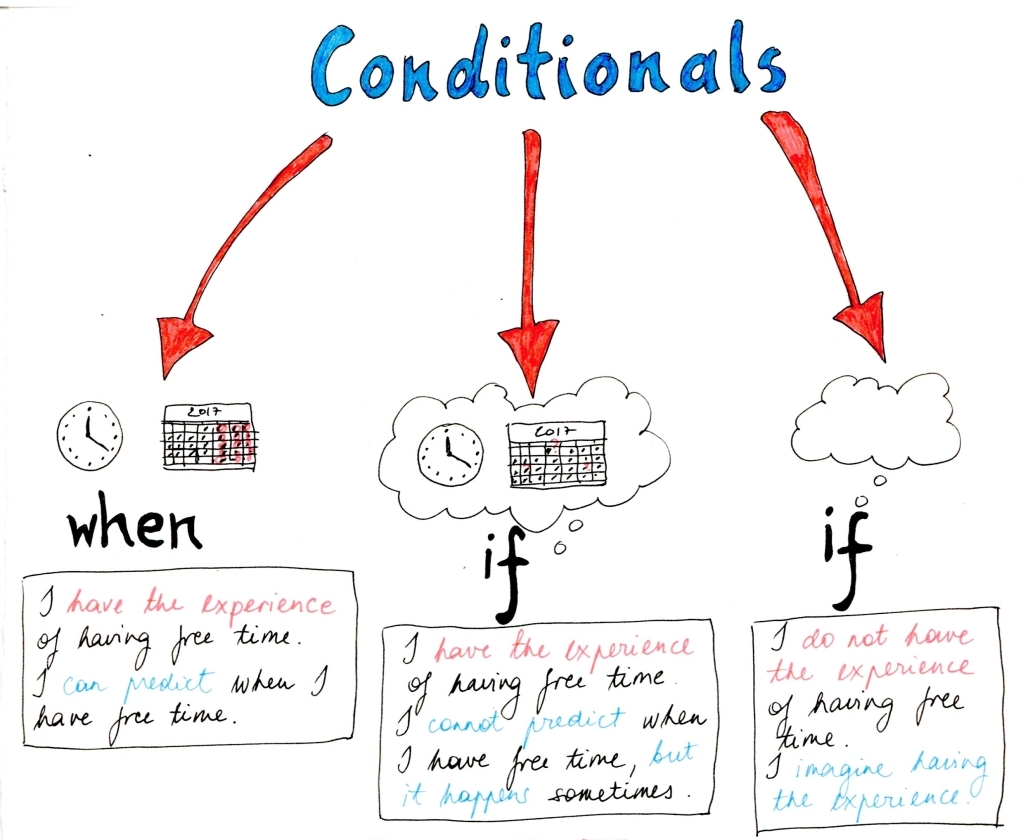 As the start of another school year is fast approaching, a quick look back to the last one ought to be useful. Last year I made my debut as an  English teacher with the association Piso Thrania. This group of volunteer language teachers has been teaching Greek and English to refugees and other immigrants for years now and they are rather well-known in the neighbourhood. In the first classes people were sandwiched in the rooms. They were so many.

I remember giving examples about things that are nice to do and ‘going to the beach’ was among them as far as I remember. And then an Afghan man, from deep inside the Eurasian continent, asked: “What is this “beach”? We tried to explain in other ways, noting sand, sun, sea, swimming, lying in the sand… The man’s face remained politely blank until he asked: “What does “sea” mean?”.

We said it’s a lot of water and retreated. Neither of our languages had an overlap in this particular niche. For me it somehow pinpointed the difficulty of teaching with images – either mental or real – our mental landscapes look different and sometimes they might be too different. Nevertheless, despite their shortcomings, images can be very useful in explaining grammatical concepts.

Gathering all the tenses on one page and one timeline for instance turned out rather nicely. It was difficult to say, whether the students directly benefited from it or not, but it was helpful to use, their two teachers in terms of getting a quick overview over the material. 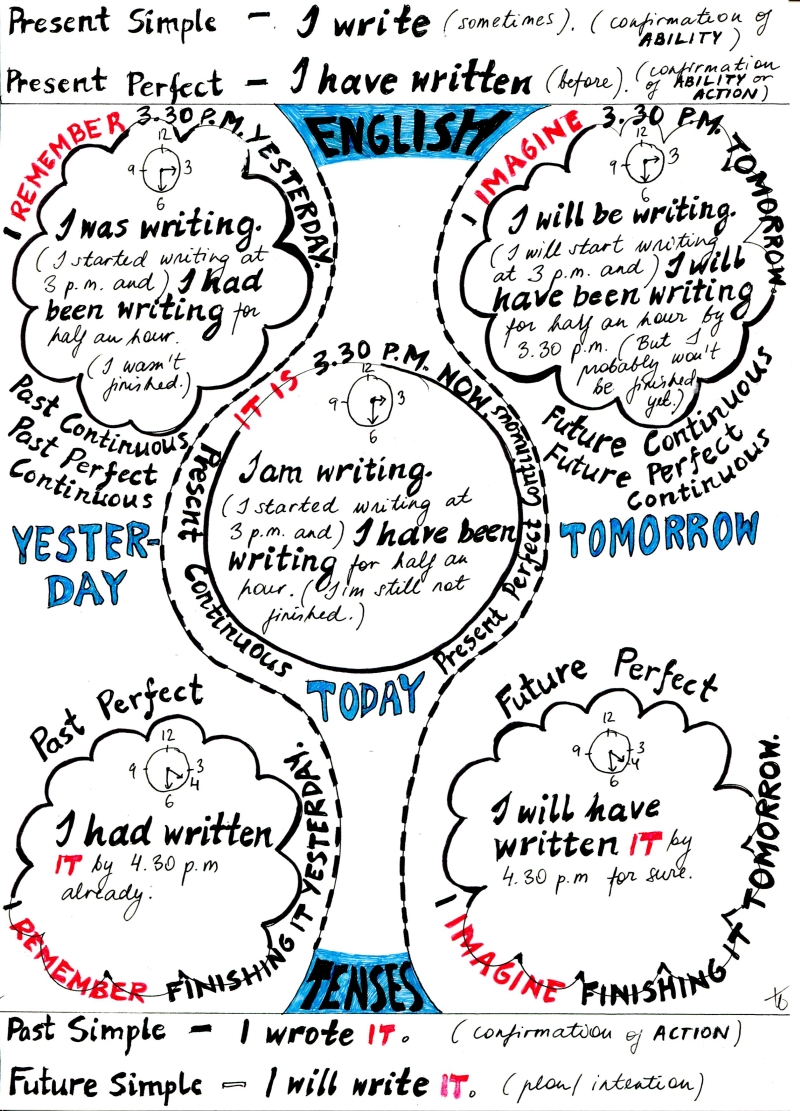 So, finally finally the gallery is restructured and up to date with the newest pictures and comics!

Have a look! MAGIC LINK TO GALLERY

The last quiet weeks of August will be spent on a noble purpose – revamping this portfolio site and planning upcoming blog posts.

So I apologise for the current mess – it’ll be cleaned up as soon as possible, to make for easier navigation and better (not to mention updated) selection of works!

Heaven came down
no, not heaven
I’m exaggerating
just the ceiling in my bathroom
just before
I went in
I could not fall asleep
that night
Kept my guard up
eyes open
Had it been a coincidence
a sign
a warning?
But apparently
good things come to those
who wait

Only nostrils above water
no, don’t move
don’t make waves
convulsions, panic
take energy
make waves
you’ll go under
again
and there’s no time for that
breathe calmly
force your body to obey
because fear
is not your master
you are
conserve energy
and wait

I searched my soul
then I searched my heart
but I didn’t find it
It felt like empty space
in my chest
felt like
nothing
How do I know now
how to love
when the photograph
is gone
and memory not to be trusted
Maybe love
passed me by many times
stepped on my toes, apologized
and I never knew

Life, it seems to me
is like a ship
it starts as a
paper boat
simple origami
turns at any gust of wind
but then it grows
into a rowing boat
fishing boat
yacht
tanker
heavier
but easier to steer
yet more and more difficult
to turn
around